What did we do in the morning of Eid last year? What did we do in the afternoon of Christmas last year? I presume that our brain stills remember the answers, but what if the question is: What did we do 23 days ago? What kind of snack that we ate at that time? In general, people won’t be able to recalling it back, yet people will remember when they graduate from Senior High School, the day when their mother/father died, the day when they got scholarship. So, what makes our brains are able to remember the moments above? Evidently, the moments which will be remembered by our brain are those which are unique, precious, funny, joyful, hateful, pathetic, and important. Those are the moment that appearing emotion.

This article is about memory system in which the way to memorize any kind of information precisely by leaving conventional way of memorizing.

Most people know that memorizing by repetition does not work well. They just don’t know how else to memorize, other than using a few memory tricks that are useful in special situations. However, there are some memory techniques that really do work for any kind of memorization task. I refer to these methods as memory systems. These systems can be used just about anything, including: definitions, language vocabularies, science terms, math formulas, art & music, theories, new articles, history facts, etc.


The memory systems include Link Method, Loci Method, Major Memory System, Substitution Method, Face-name method, and still many more. However I will explain the first three methods, but the most important thing before we start it; the very basic thing to master these methods is Visualization and Association. Yudi Lesmana in his book, “Memorizing Like an Elephant”, said that basically our brain love images, so imagine uncommon things that joyful in memorizing any kind of information. 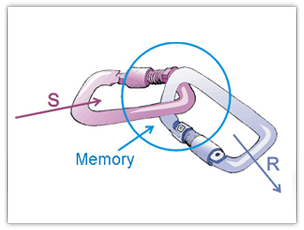 Link method or usually called chain method, is a very effective memory technique for remembering a list of item. It works actually by creating a mental image that involve the items that you want to memorize and link these images becoming a unique story; like a chain. This method is based solely on your visualization and imagination skills. 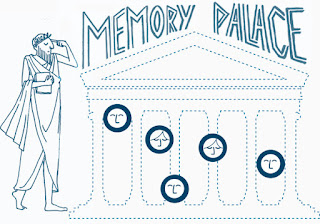 This is one of the memory techniques which often used by fiction Character Sherlock Holmes, a consultant detective. He calls this method as “Mind Palace” in which this is the way how to store information, so you never forget it, by picturing it.

According to Yudi Lesmana, a Grand Master of Memory, Loci Method is the most powerful method of memorizing. It is used by memory performers on stage to memorize 100-digit numbers and the order of several complete decks of cards, students to pass exams, sales people to give a presentation from memory, to memorize the key information of a book, to name just a few. People who have never used it just cannot believe how someone can have such a fantastic memory.
How do we learn it? We represent the information we want to memorize by a concrete item, and visualized that item somehow interacting with a particular location. Each location serves as a hook, to which we visually connect whatever we want to remember. We accomplish this by creating an image or scene in mind, in which the location and the to-be memorized item interact. 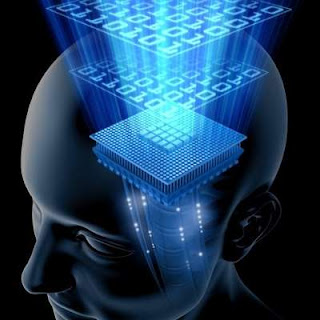 Our brains are notoriously poor at memorizing numbers. The major memory system is about converting abstract, dull numbers into vivid, striking images. When we do that, committing these numbers to memory is a snap. Let me show you how to do it.

Ø  Transform the numbers into letter sounds which we’ll eventually use to form words.
Ø  Associate these numbers with letter sounds that you imagine.
For example, look at the table below:

Let’s take the infamous number 21, 372, 41. Transform these numbers into words by associating it with letter in the table.

21-372-41 becomes “ANDI MAKAN PETAI” (Bahasa Indonesia) which means Andi eats Petai (Indonesian traditional culinary). The next step is, imagine the boy names Andi is eating petai at his house in Indonesia. By doing this method more often, our brain will do easily_memorize_numbers.

As you can see from the partial methods of memory system, it’s useful and helpful for us in memorizing skills. We can do this every day as memory sport to form genius brain and healthy mind.